‘Tis the Season … of Scope Creep 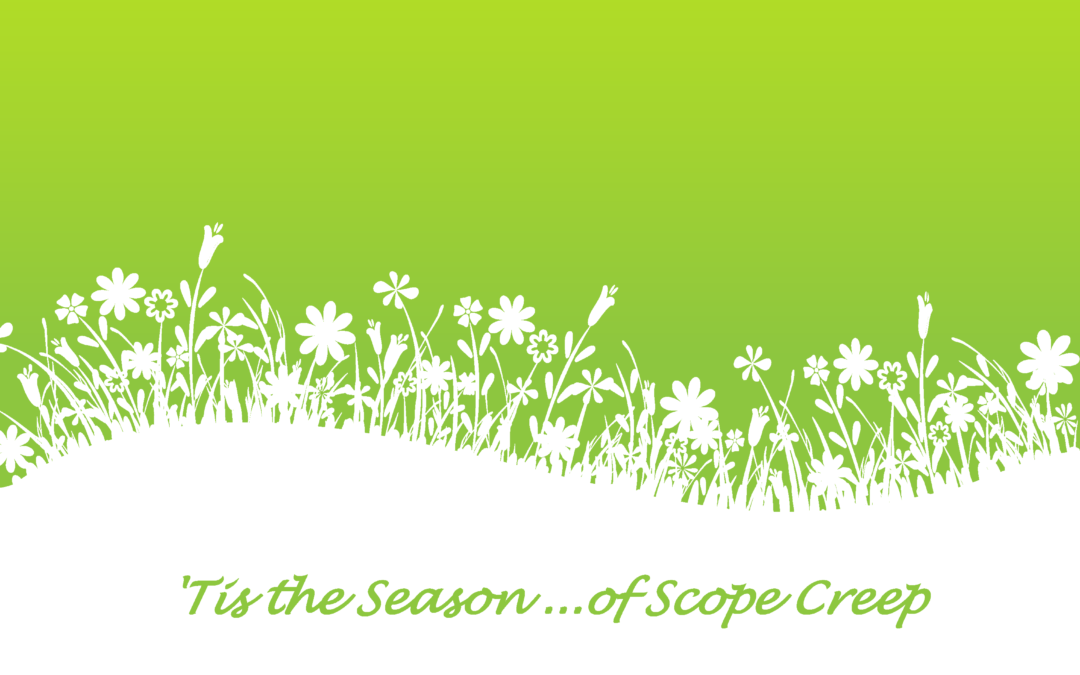 Spring has sprung, the birds are chirping, and all the July 1st go-lives are getting moved back.

Companies start out the year with ambitious goals for their IT projects. As they’re finalizing budgets in December, everything looks great for a 7/1 implementation of their new systems or their functionality upgrades. But May is about the time project leaders and IT managers start talking to business units about moving dates back to 10/1 or even 1/1.

So, why is this? It happens to many companies seemingly every year. Are we saying things in December that we think people want to hear, even though we know they might not be realistic? Then we get to spring and realize that there’s no way we’re going to make it?

I actually think the timing is coincidental, and IT projects lag for all of the same reasons I always write about — lack of the right IT knowledge or lack of time for those who have the knowledge. I do think that to some people it probably looks like the thing to do to tell the boss that an unrealistic project can be completed by an arbitrary date like 7/1 when laying out the timeline for the next year. But the problem still lies in the factors that hurt many IT projects. And that still centers on companies getting the IT help they need.

IT projects continue to take longer than they should, or they fail, because companies won’t get the outside help they need. I get it. It’s hard to admit you need help. Or you have people on your staff you don’t want to offend by contracting outside help. Or you think you don’t have the budget. The excuses never change. But there is no arguing the fact that IT projects with the right outside help go more smoothly and hit their target dates more regularly than those that don’t.

You can make all the excuses you want about why it’s not right for you to use outside IT help, but let’s hope your July 1st IT projects are live before you’re eating turkey in November. If not, you might be eating crow. Or it might be your neck on the chopping block during next year’s budget time.